Here a few notes on my first attempt to install Lubuntu (a lighter version of Ubuntu) on Windows 10, using Hyper-V Manager.

I tried pressing F12, F1, F2, you know the usual keys to show the boot menu, without success.

Since I found this PXE boot annoying, I disabled it. Here (thanks to alx9r's answer on serverfault) how to disable PXE boot on a VM replace the VM name and computer name:


This still didn't help, as I was getting such a result "No operating system was loaded. Press a key to retry the boot sequence...": 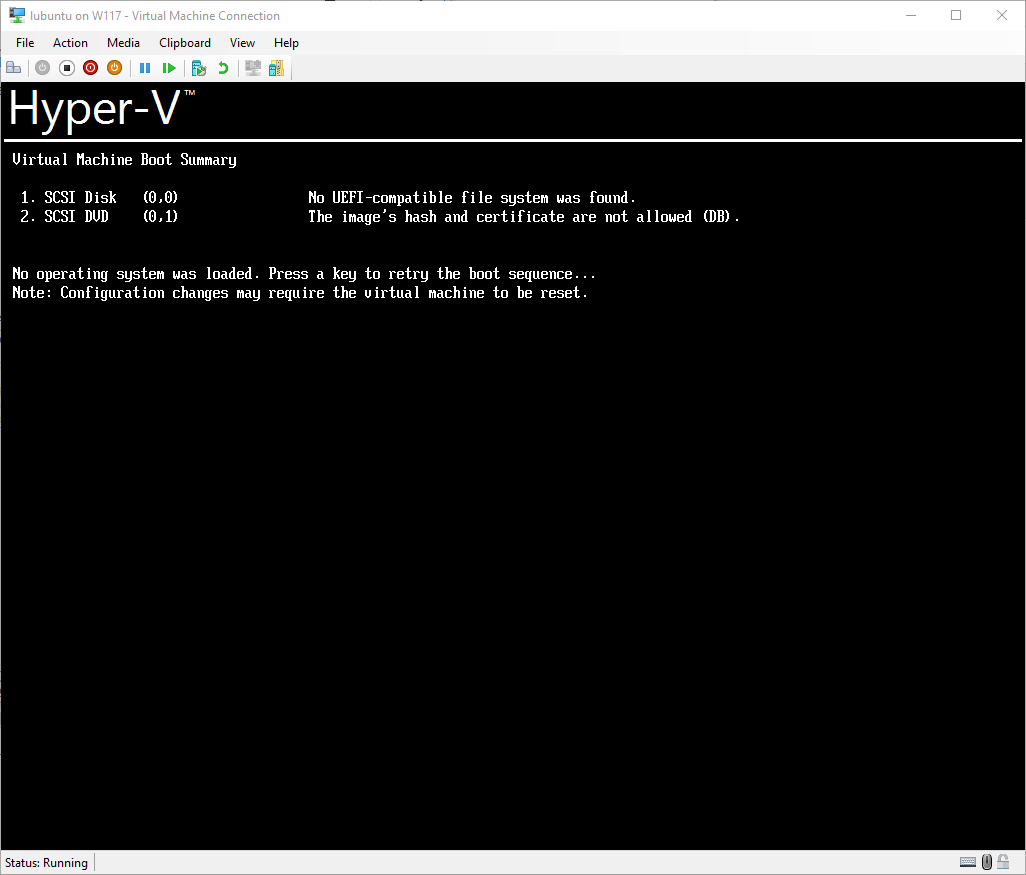 Pressing a key didn't help. I dug in the settings and finally found what I was looking for, in the "Firmware" section > Boot order: 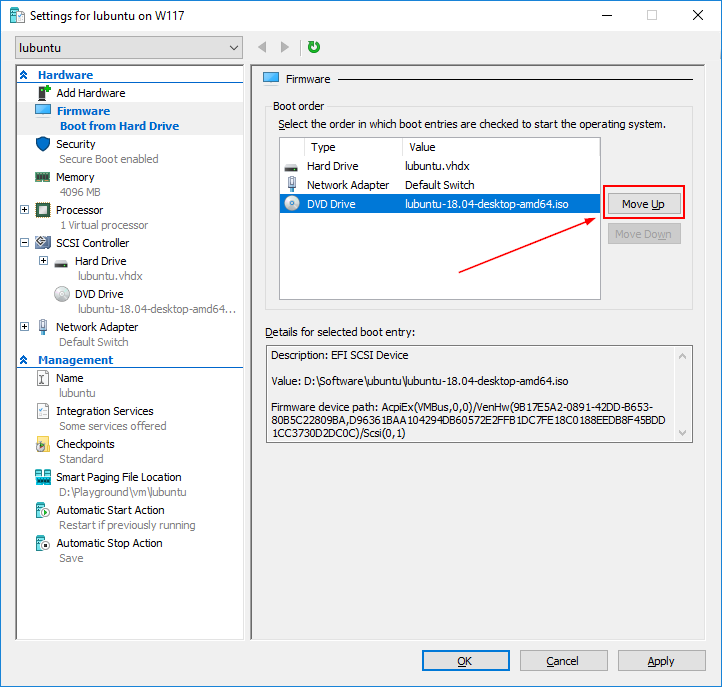 Even after moving the DVD Drive (where my Ubuntu ISO file was mounted) at the top didn't help, I was still getting this error: The image's hash and certificate are not allowed (DB).

The solution: go in the "Security" section > change the secure boot option to "Microsoft UEFI Certificate Authority" (or disable it). 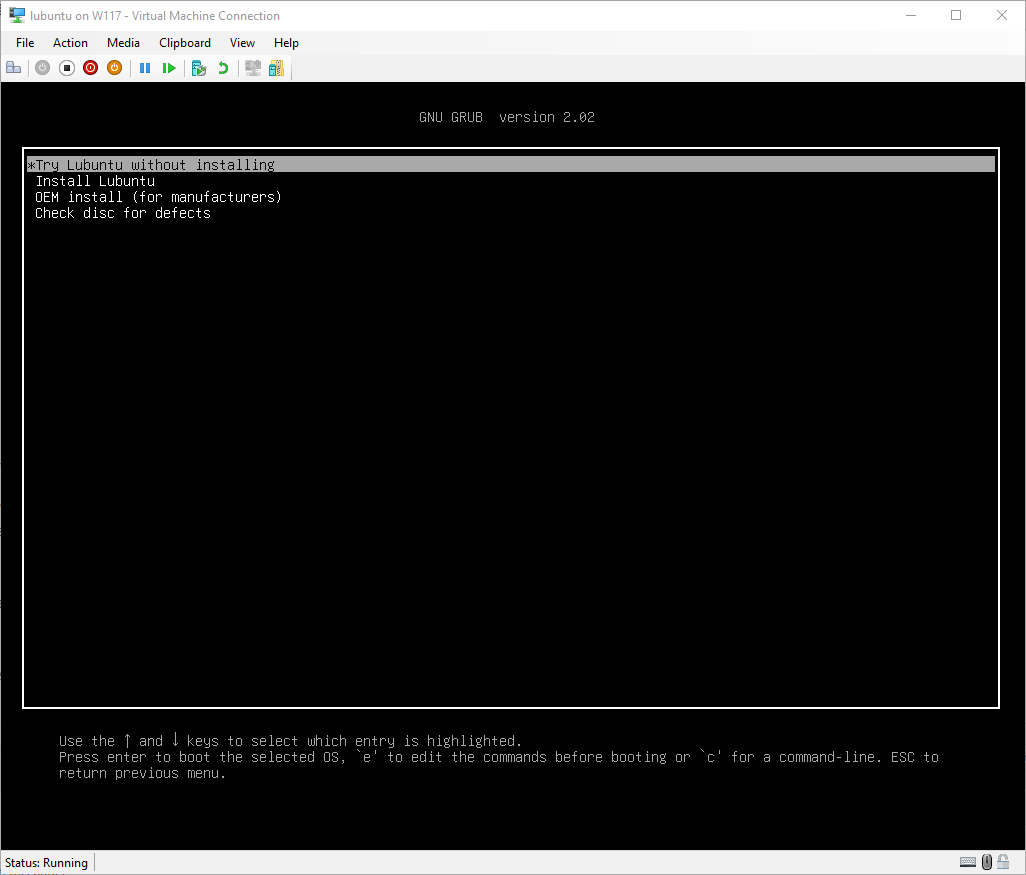